We Already Know Our Customers…

So, Why Worry About Market Research?

A Tale of two products

In May of 1975, Sony proudly unveiled a home video cassette recorder that was destined to revolutionize home entertainment.  Even the name given to the new product was modern and revolutionary – Betamax – blending into the language of the 1970’s as a generic term for a video recorder.  The nearest competition was VHS, but Beta demonstrated at least four solid advantages compared with VHS:

However, by 1988, only 20 million Beta machines had been sold worldwide, a 12% market share, compared to 170 million VCRs.  As Al Fasoldt commented in The Syracuse Newspapers, “Sony can’t blame anyone else for the demise of the Beta video system.  It failed to market it properly” (emphasis added). (1)

Oil of Olay, having suffered under the nickname “Oil of Old Lady” was a portion of Procter & Gamble’s acquisition of Richardson-Vicks in 1985.  P&G certainly 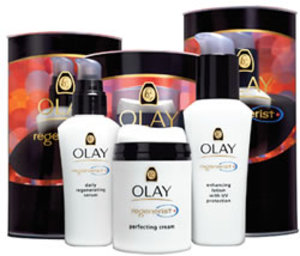 knew chemistry inside and out, but lacked expertise in the facial care business.  P&G, determined to understand how women felt about their skin, worked with thousands of women around the world.  Only after extensive research with the ultimate customer, did P&G form an innovation team in the laboratory, launching Olay Total Effects in June 2000.  The product was rolled out in a single test market with a “prestige-inspired” marketing campaign and as AG Lafley says in his book The Game-Changer (2), “It took off.”  Even better, women came back for more – “Repurchase is an infallible sign of success (2).”

At acquisition, Olay had about $200M in global sales, but with focused innovation strategies researching the customer, the brand had achieved greater than $2B in sales by 2008 (2).

A tale of two products:  What do you think is the difference between the success of Total Effects and the abysmal market response to Sony’s Betamax?

image of Oil of Olay courtesy of preparedness.com